Well hello February! It’s funny how time flies, and here I am, curled up on the sofa under Dylan’s Miles From Tomorrow personalised blanket (it’s so cosy!) with a movie on in the background still suffering with the bug that keeps doing the rounds. My ears really hurt, Breathing is difficult, my nose rarely stops running, though my cough seems to be getting much better, my head consistently hurts and I’ve had this since the beginning of the year. So what better opportunity while I’m getting some much needed rest to finally get around to blogging.

My chosen planner for this year is a bullet journal. I liked the Happy Planner for last year (and I chose that one last year as it was a cheaper alternative to the Erin Condren I had the year before that) but I ultimately decided that having seen everyone else’s bujos that I wanted to give it a go because the flexibility really spoke to me. I did set up an A5 dokibook (manta cover with ring insert) with the month on 2 pages that I designed myself just in case I didn’t manage to keep up with it but surprisingly I have been doing just fine week to week and am loving it! I have the notebook in a Hobonichi style Love Doki Cover. A flip through is written down for a future blog post ^_^

My book is a “dot grid notebook” from Amazon and I’m really liking it, and it’s cheaper than the Leuchturrm that everyone else gets 🙂

Dylan started play school, as we call it but it’s playgroup. The first term after he turned 3, he qualified for 15 free hours per week during school terms, so on the 3rd January was his first day. I do miss him being around but at the same time I am able to run errands that don’t take me half as long to do with a toddler in tow plus I get to pee in peace without an audience LOL.

His first session, he was only supposed to do a half day and I had to stay the whole time however he decided he wanted to leave early so with an hour still left to go we went home. Second one was a half day anyway and I stayed until that last hour, then on his third session it was a little difficult as he was supposed to do a full day but I had my UC appointment and that was booked a year in advance so I took him with me and then dropped him off for the afternoon session – in hindsight I should have just tried to take him for the whole day but I couldn’t risk dropping him off and having to race off to my appointment especially if there were meltdowns as it takes a while to get him in the building, do the self registration and say goodbyes.

After that it seemed OK for a few session, he still asked me to stay each time but was alright with me going when he realised what activities were going on that day, but then the giant meltdowns began. Like, one day I called up because he was refusing to get dressed and was kicking me as I tried to get his pants and trousers on and we weren’t going to make it in time, so they suggested I get him there in his PJs. I managed to get his PJ bottoms back on and wrestle him into his car seat where I got him out of the car as the staff helped me bring his clothes etc from the car in while he screamed and threw a fit as he didn’t want to go to play school. Thankfully that was the worst day, and while I’ve had days he has told me he doesn’t want to go, I’ve persuaded him to come with me to at least go and see how he feels when he gets there and he has been OK, and he absolutely loves going now. He does still ask me on the way there if I can stay for a little bit though, but he’s always alright with me going. 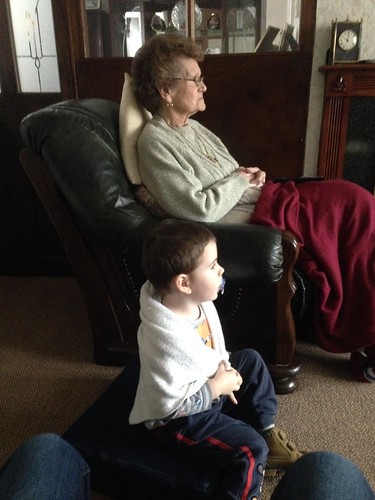 We still have our weekly visits to my nan and his Stay & Play group that we go to – Playgroup – hence why we call the other playschool to stop the confusion as we have been going to “playgroup” since he was about 6 months old, Bumps to babes when he was really little and then to Active tots and Stay & Play, all run by the same people, even though turn out for active tots wasn’t very good and they ended up cancelling which was a shame. 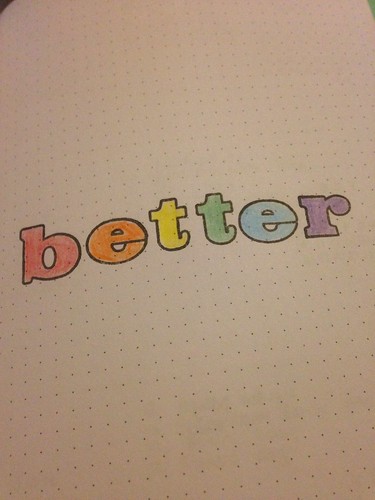 I also said goodbye to my car. I had it for 13 years, and was so sad to let it go. I had to take the parcel shelf out of fit one part of the buggy into it and the other part had to sit on the back seat next to Dylan which was no good. I really needed something bigger, we needed a family car. We had been searching for a while, but was looking for just the right car, and by chance my dad found it, took me and Dylan out to go see it on the Friday, and that was it… I ended up having it delivered on Monday and they took my beloved Corsa away to be sold on to someone else.

Of course, I had a dolphin on the back of my car (for a long time all our cars in my family had a vinyl sticker on the back) so I decided I wanted one on my new one – and my dad had a bunch of devil ones as he and my mum had devils on theirs over the years, but I really wanted Taz. And my dad surprised me with one! My dad’s current car that he’s had for quite a few years now never had one on but he got himself a Grumpy from the 7 dwarfs to put on his LOL.

Jelly Bubbles cupcakes
... and 2 partridges on our utility room roof...
It has been super hard lately as we are navigating our way through the diagnosis journey. There have been many assessments and we have more to come. Some days are just awful, and some may not be the best but we look for the wins 💕 as you can see, on some days Dylan has taken the initiative and scratched panels off himself 😆
2021 ornament finally finished 😁
A story ready for my December book: loving my DAB radio 😊 this time last year I still had my old car, so this time it's fun to be able to have a dedicated Christmas music channel. Do t get me wrong, I'm still going to bust out the Michael Bublé CD and use my Plex music on my phone via Bluetooth. It's going to be fun!
Feeling accomplished! Finding the tools to try and help Dylan manage in school and at home, I thought we could give a weighted lap pad a try... Though I saw prices around £35 to £45 for one and for something that was a trial - it was a bit steep for me. So I ordered a 5kg bag of Poli pellets for £20, had an old pillowcase from a bed set that was no longer used and for the approximate price of £6.40 worth of pellets, I made this. But my goodness, I can understand why they charge so much! It was a tricky undertaking with a lot of math involved and somehow I got away without a broken needle. And anyone who knows me, know that I am not good at sewing 😆🤣 but I figured I could take a crack at it if it meant I was going to save a lot of money!