Scanning and blogging! So bear with me here 😉 It has been quite a (long) day with Dylan sleeping in his room until 4.3oam where I then lay awake for 2 hours before getting up and getting cracking on some house work, my UC making me quite poorly, and mishaps such as attaching myself via hook and loop tape (also known as velcro to most of us ha!) to some boards, scaring myself silly going into a completely dark room with a mannequin that was right inside the door – the same one I have mistaken for a customer far too many times than I care to admit.

Hubby is working on some stuff in the spare room and Dylan thankfully went to bed after arguing with me about where he was planning on sleeping. I am sat on the floor with a cushion as I need to access the scanner for my lovely planner pages.

You see apparently that Marie Kondo said something about things coming to you when you most need it. I’m still a little skeptical but have witnessed a couple of such events:

A raffle where I left early from the party. At the time I remember seeing the table of prizes thinking “I don’t want any of that clutter around” so didn’t hesitate when I was overwhelmed by the sheer number of people after losing Dylan a few times that I had enough (thankfully it was a toddler Xmas party and he was safe but still a scary thing watching your child run off in front of your eyes and there is no way you can get to him as there are people blocking your path!)

I was done. I didn’t care if I didn’t win anything.

Weeks later I received a voucher, as it turns out from that very raffle… For a free cut and blow dry. The previous weekend I had been thinking to myself that I needed a hair cut. 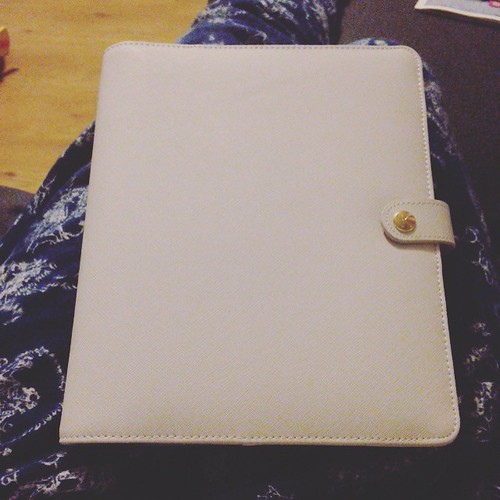 Then we have my latest purchase: A Kikki K wellness planner. I agonised over this one for weeks. I debated about whether I truly needed it, I watched youtube videos about it and figured everything in this planner was just what I needed to get me on track where my regular planner organises my to dos/appointments/etc, but that maybe I should still wait. They had a sale on for 20% off and boy did I hover over that add to cart button. Instead I signed up to the mailing list a couple of days before the end of Jan, where the final day of the sale I received an additional money off coupon code, that by luck I tried it with the already 20% off and got it at a bargain price. But I am scanning the pages in so that I don’t have to purchase refills 😛  It is gorgeous and most certainly is sparking joy: a year ago on Tuesday I attended my first CBT class which ultimately (we think) helped me get into remission until December with my autoimmune disease. This planner has CBT like parts about it but also addresses other key things. Just reading through it has made me think a lot and I look forward to using it to implement some much needed changes in addition to some other household ones I have in the works. If it helps me make some happy healthy changes to my life then without a doubt it will be worth every penny 🙂

I do intend on being back with those flat videos. I was also toying with the idea of doing a bit of vlogging but we shall see how that one actually pans out haha!

Not only have I been sick with an awful cold, had my car not starting when I was trying to leave for work and borrowing Gareth’s, then had to sort out a puncture for my car, Gareth’s car having issues as well and him having my car for the week until we got it back on Thursday… Ive had one poorly little pickle as well. Thankfully colds seem to have shifted. Next plan, remission for me! (please keep fingers crossed!)