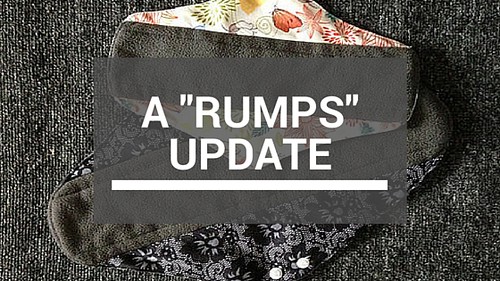 I have to admit, “pleasant” isn’t actually a word you would associate with your period, but my last one was much more tolerable 🙂 I was using both disposables and reusables, and it was quite an experience using them both as I was able to compare them as I used them.

Some things I learned:

My cup arrived too, and I was very intrigued! I gave it a quick test (or a “dry run”) so put it in and took it out. I have to admit, I’m a bit scared! I managed it ok, but I guess it will be a bit like contact lenses. I was freaked out and convinced I would never be able to “touch my eye” but I did it just fine (though as it turned out, contacts weren’t for me!) my meluna cup cost £11 and will last for many years so I am determined to give it a good go. It will be a completely different experience once it is in and I’m going about my day. I will be using the cup alongside my reusable pads until I am confident enough of how frequently I need to empty it and that I have it positioned correctly.

I also came across the monthly box from femininewear.co.uk which is where I bought my cup from. I’m thinking that would be a nice treat sometime 🙂