The last 2 weeks have been ridiculously crazy. Today should have been my last day at work before I took 2 weeks off as annual leave before going straight into my maternity leave awaiting our arrival whose due date was 21st November.

But on the 10th October, I started work at 7.30 as I needed to leave work at 4 so I could make my routine 34 week midwife appointment at 4.30, and it was just a regular Thursday otherwise. I was the midwife’s final appointment of the day and she was running a little late, and when I went in we did the usual: urine test, blood pressure and go through my list on Evernote of problems I had been having (mainly very bad swelling in my feet and ankles which in the last couple of days had spread up into my knees) I had protein in my urine and my blood pressure went from 160/100 to 170/100 a mere 5 minutes later. 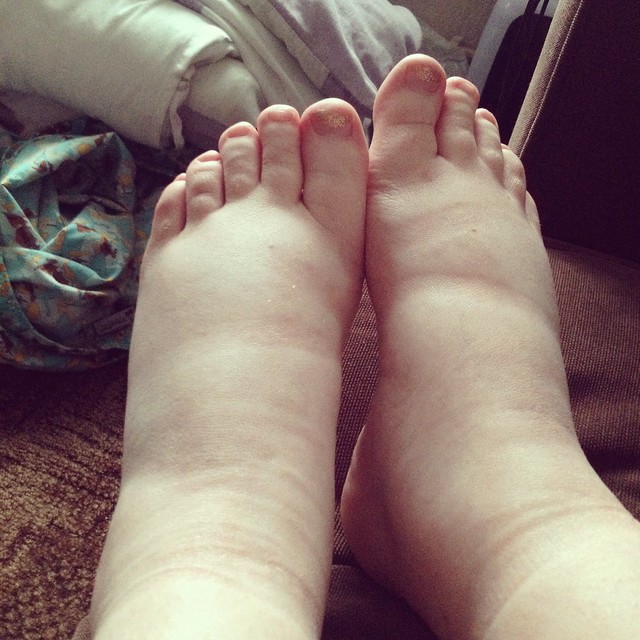 She wasn’t happy and thought something wasn’t quite right, called the triage at the hospital who agreed that I should go in, and she told me to pack an overnight bag just in case they wanted to keep me in for observation, but I had to get someone to take me. Luckily I didn’t live far from the doctors surgery so it was a short drive back home and I called my parents as my hubby was still at work (and luckily not in the new office in Bristol!) so I got home, grabbed my backpack which I loaded with a few snacks as I figured I wouldn’t get tea and chucked some PJs and a change of clothes to go home in the next day, and my parents came to pick me up and take me in.

We sat and waited until Gareth came in and my parents left. I was taken in, they monitored my blood pressure and hooked me up to a machine to keep an eye on baby who was doing just fine… It seemed that it was me who was the problem. I felt like my body was once again letting me down, and both me and Gareth discussed getting a McDonald’s on the way home as we were both really hungry but my plans of getting in from the midwife and having my chicken dinner and a nice shower and washing my hair had gone completely out of the window, and neither of us could be bothered to cook so late.

It had gone 10pm when they said they were keeping me in so Gareth went home and they moved me up to the maternity ward and I tried to settle down for the night in my PJs. I was given a cheese and pickle sandwich as I hadn’t eaten and I was hungry but I couldn’t settle. I was getting pounding headaches and my blood pressure was still really high that a nurse told me I had pre-eclampsia and generally when you have that you have pretty fast labours. I tossed and turned but I didn’t quite feel right, so I got up off the bed to grab my drink when all of a sudden I felt like I had wet myself! It was about half past midnight by now and the trickling would come and go every time I moved. I wasn’t entirely sure I needed a wee in the first place but I toddled off to see the nurses in their room and get some help. The same nurse who told me I had pre-eclampsia came and helped me out and I was really hoping, as embarassing as it was, that I had peed myself! She got a doctor to come and see me and check what had happened. Nope, it was definitely my waters that had broken! I text Gareth to let him know what had happened but as the nurse said there was no urgency and he didn’t need to come in. In hindsight, it had turned out I had lost my mucus plug the day before which could have been a bit of a sign really, but I was hooked back up to the machines and was monitored… I was having the start of contractions and wasn’t even aware. Again, turns out what I thought was baby moving was actually tightenings. I was blissfully unaware!

Less than half an hour later I was being moved to the delivery suite so I had to call Gareth back up and tell him that in actual fact he needed to come in to hospital pretty quickly. By 2am I was 4-5cm dilated and I was having a bit of gas & air, and when it came time to push I stopped that all together, and we welcomed our precious Dylan to the world 🙂 Born at 4.45am and weighing 5lb 6oz on 11th October 2013.

He got to have cuddles with his dad for about 45 minutes while I got stitched back up (happily back on the gas & air by that point! It was wonderful, didn’t exactly take away the pain but it certainly made you feel out of it enough that it didn’t matter! For that reason I never got to spend time with Dylan as I wasn’t “with it”) and then they whisked him off to the special care unit, purely as a precaution as he was born so early. He ended up having to have the lamp for his jaundice which was pretty normal for babies too.

I struggled as I still had the pre-eclampsia swelling and it was pretty much all over, my stitches were giving me grief, I was struggling to sleep and I was missing my little man and could only see him if I got someone to wheel me in a chair down the next floor. I was in hospital until Tuesday, and was discharged but it was so difficult as I packed up all my belongings looking forward to going home but though I had all my clothes and toiletries, I was still leaving my son behind. For 2 days I was home I ended up having to go to the doctors as an emergency appointment as my uvula swelled so badly that I choked on it a few times, and I was still trying to express to be able to breastfeed, which is very difficult when you have a premature baby who is away from you. Then I was having to take penicillin (they ruled out an infection but it was a precaution), my steroids and the rest of my meds and it was getting increasingly difficult having to express every 3 hours, including during the night, take the antibiotics 4 times a day equally spaced throughout the day an hour before food, my steroids that needed to be taken with food, and get into the hospital to visit my boy a couple of times a day and try and establish breastfeeding with him as well as eating healthy home cooked meals… It was beyond taking its toll on all of us.

Luckily enough one of the nice nurses on the special care ward managed to get me a bed on the transitional care ward on Thursday night which meant I would get to spend a minimum of 24 hours living in the hospital with Dylan and have a nurse to keep an eye on us too, until he was ready to be discharged.

It was nice to be with him, but being on a ward with 3 other women and their babies was just as hard. Though we had the nurses should we need them, I felt like we were circus monkeys proving that we could look after our little ones, and night times once you had settled your own baby back off to sleep, one of the others would start to cry… so sleep was very difficult. But you couldn’t deny, I had the best view from my bed 🙂

Sunday evening we were finally discharged and we went home! For my sanity it was just what I needed!

Today Dylan turned 2 weeks old! But yesterday Gareth got a trapped nerve in his neck to make things even more trying for us, but we are plodding along and enjoying our little Prince 🙂

One thought on “Welcome Dylan”